It’s no secret that Benelli is trying to gain a larger presence and market share worldwide.  They’ve recently been teasing updates to multiple machines as they try to make their way.

Benelli’s Chinese owner Qianjiang Motor is busy rolling out new models in China.  They will likely introduce these bikes at EICMA with slight styling changes to introduce their machines to the rest of the world.

Those motorcycles include its middleweight adventure bike, the TRK 502X.  Its engine now meets Euro 5 standards.  The machine also has styling changes that align with the current crop of ADV-type bikes.

Then there’s Benelli’s 302R which is the company’s lightweight sportbike offering.  The bike’s styling is now quite aggressive with angular lines.  Its full fairing is now slimmer and sports a single LED headlight, while its 300cc parallel-twin engine should make about 36 hp. 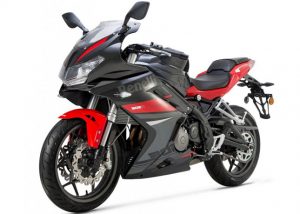 Qianjiang is also preparing two revised models for its “premium” segment.  The first is a naked bike with a 700cc parallel-twin engine.  Called the SRK 700, the bike has aggressive and angular naked bike styling.  It will be the company’s offering in the middleweight 650 class of bikes. 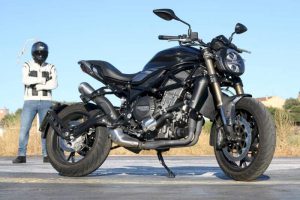